How to Keep Pigeons Off Your Balcony – 9 Effective Ways 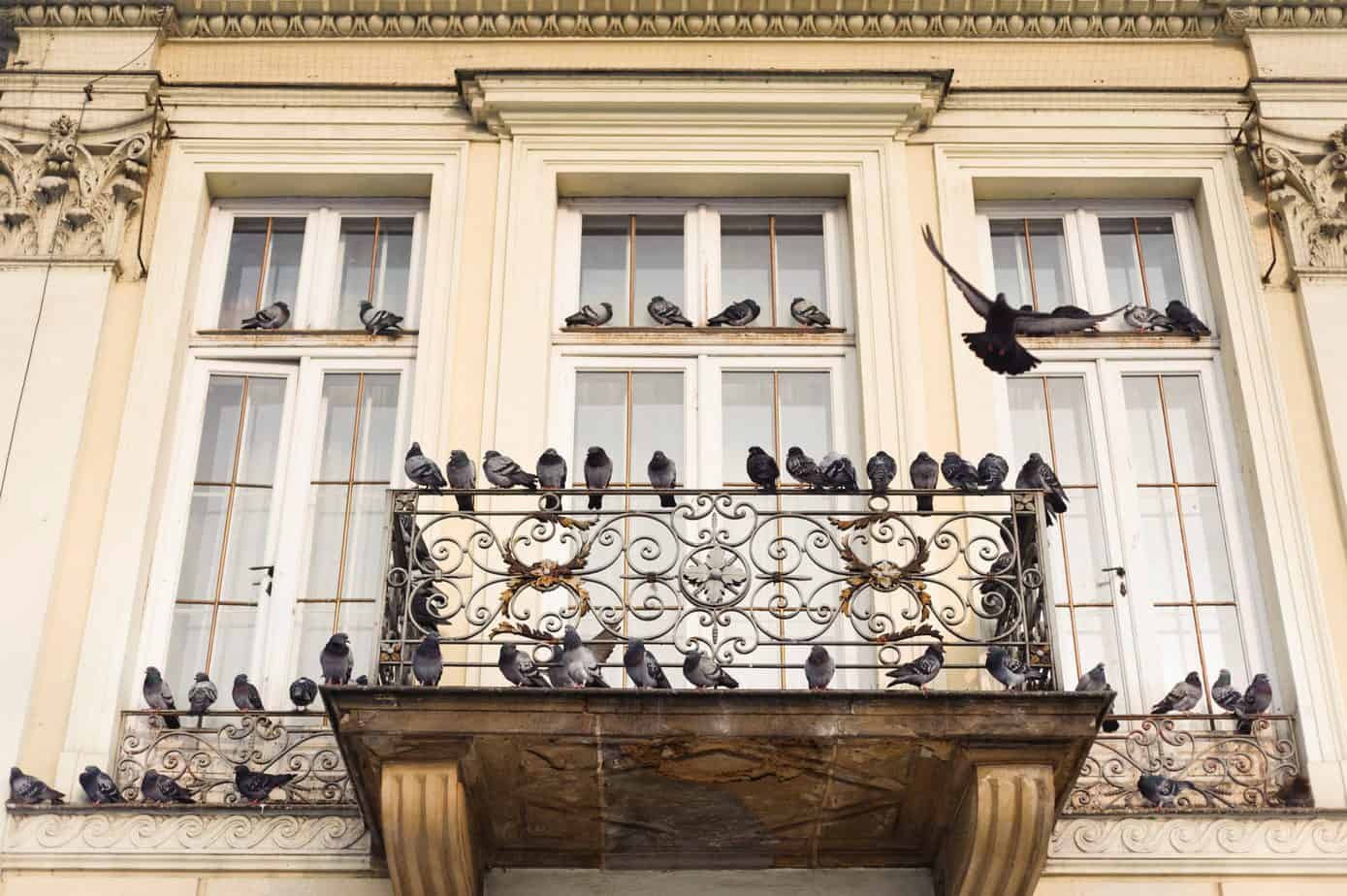 It’s probably no secret that pigeons love our balconies almost as much as we do. Unfortunately, they’re not just annoying, but they can carry disease and it’s not pleasant to have their poop everywhere.

Why You don’t Want Pigeons on Your Balcony

It should be fairly obvious why you don’t want pigeons on your balcony. Pigeons:

While pigeons aren’t dangerous, they’re also pretty dirty. It’s best to try and sort out some balcony protection from pigeons before the problem gets any worse.

How to Keep Pigeons off a Balcony

If you’re wondering, “how to stop pigeons landing on my balcony,” a bird repeller is one of the most effective solutions. It’s an ultrasound, motion detection box that emits noise whenever it’s triggered.

It’ll be high-pitched enough that you won’t hear it, but pigeons will. A repeller will do a good job of keeping birds and other pests away and is about as humane an option as you’ll find.

To get the best from this device, you’ll have to leave it on all the time if possible. But it shouldn’t use too much electricity, so don’t worry about that.

Anti-roosting spikes might look inhumane, but they’re one of the most effective forms of balcony protection from pigeons. They’re not sharp, so won’t actually cause damage to the birds.

All the spikes are designed to do is create a surface that pigeons can’t perch on. The pigeons will find it hard work and so won’t bother.

That said, they won’t stop them from landing on your actual balcony, just on the railings. So, you might to install another option too or just hope that the spikes will put pigeons off.

3. Getting Rid of Eggs

Unfortunately, the best method for how to get rid of pigeon eggs on a balcony is to throw them in the trash. It might sound cruel, but no rescue agency would do any different.

Pigeons are almost universally considered vermin, so anyone you call would do the same. Pest control is an expensive way to deal with the problem, as they’ll just dispose of the eggs too.

Of course, make sure it’s a pigeon nest first. Then, wear gloves, as pigeons are dirty. Pick up the nest and eggs and throw them in the garbage disposal of your apartment building.

Stop the mother pigeon from returning by putting down a toy snake.

4. Put up Some Netting

The easiest way for how to keep pigeons off a balcony is to set up netting between the railing and roof. It doesn’t look particularly attractive but it gets the job done.

You might be able to take it down after a few months depending on what the pigeon situation is like.

To secure the net in place, use some adhesive hooks.

If you’re thinking, “how to stop pigeons landing on my balcony,” the answer might already be in your home: CDs. Birds don’t like bright flashes of light, meaning CDs are great for putting them off visiting your balcony.

Of course, CDs are a somewhat outdated technology now. So, if you don’t have any, go down to a thrift store and pick up some old cheap ones. Tie string through the center and hang them up.

You might have a long-standing problem with pigeons and are wondering how you can clean pigeon poop off your balcony. It’s not too difficult but requires you to wear lots of protection.

You’ll need rubber gloves, goggles, and a dust mask. Scrape up as much as possible before washing down with hot, soapy water and disinfectant spray.

Wash the area a few times and throw away the gloves you wore. Check your building regulations, but you can dispose of it in the same way as cat litter.

Be sure to clean up the poop as soon as possible, as it’s quite acidic and can corrode metal surfaces.

Just as anti-roosting spikes are great balcony protection from pigeons, so is string. It works on the same basis of pigeons needing flat surfaces to land on.

All you do is run some lines of string along your balcony railing, and that’s it. You’ll need to secure them at each end, and it’s worth using a weatherproof string so it lasts longer.

You could continue this and run string across the balcony opening. But, much like netting, it won’t look great.

Bird repellant gel is a sticky substance that birds hate landing on. As you can probably tell by now, pigeons are surprisingly picky about what they land on.

You’ll only want to use it on the railing, as it’s super sticky. Also, consider putting a protective cover down before applying so you don’t ruin the railing.

9. Don’t Give Them an Excuse to Land

While pigeons don’t need an excuse to land on your balcony, make sure you’re not giving them any incentive. This means removing any potential sources of food and water, or at least covering them up.

It could be anything like plants, a water bowl for a pet, or trash. Try watching them when they land and see if they pay attention to anything in particular. If so, you know you need to remove this.

There are plenty of humane ways to keep pigeons off your balcony. They basically all boil down to making it inconvenient or unpleasant.

If you need to know how to get rid of pigeon eggs on a balcony, it’s as simple as throwing them in the trash. It might seem mean, but they’re pests.

Of course, if the problem is really bad and you’ve tried different types of balcony protection from pigeons, it might be time to call pest control. 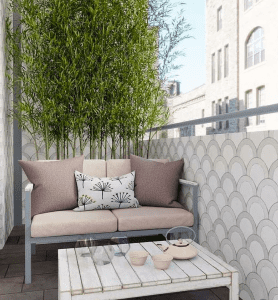 How to Grow Bamboo on a Balcony

Growing bamboo plants for balcony privacy is easier than you 9 Ways to Get Your Balcony Ready for Winter

With colder weather fast approaching, it’s time to think about 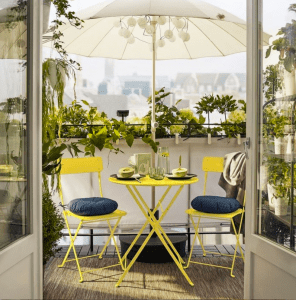 Balcony Umbrella Guide: Everything You Need to Know

Choosing a balcony umbrella requires a bit more thought than