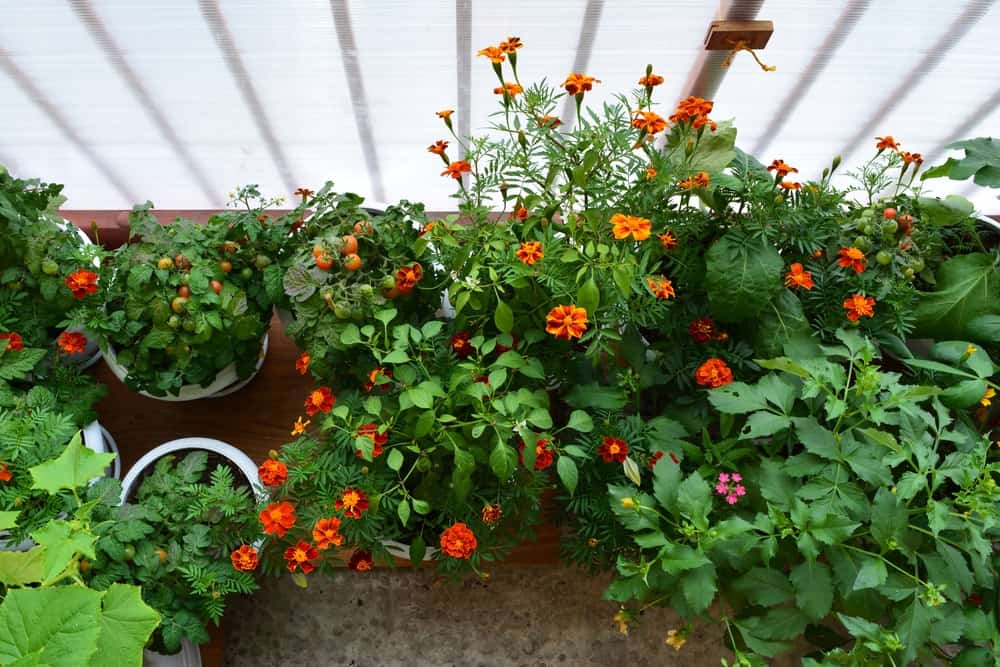 Companion planting is often overlooked in the gardening world, but it has massive benefits for setups of any size. Whether you’re starting a self-sufficient backyard farm or just growing a few crops on a balcony, companion planting can be a massive help.

In this article, we’ll cover the basics of companion planting so you can learn how to apply it to your next gardening adventure.

What is Companion Planting?

Companion planting is the concept of grouping together mutually beneficial crops. We do this for the following reasons:

In some instances, gardening lore argues that planting some crops together can improve the taste. Whether this is true remains to be seen.

Although we’ll dig into a few more examples later, the best one to give here is the Three Sisters. It’s a classic companion planting setup that was used by Native Americans.

You plant corn, beans, and squash together. The corn provides support for the beans, which grow up its stem. Squash covers the ground to keep the soil moist, and the corn provides shade for the squash plants. Better yet, the crops make up for one another’s weaknesses when you eat them.

We’ve covered the main benefits above. The point of companion planting is to create a community of plants that help each other. For example, you might use marigolds to attract pollinators for your tomatoes or herbs to repel aphids and beetles away from your cabbages.

But one massive benefit we haven’t covered is space. Interplanting (growing crops in the same space) helps reduce the overall area required for a vegetable garden. This is an obvious advantage when growing in containers on a balcony where space is already limited, but it’s also useful in a full-size veg patch.

Considerations Before Getting Started

Companion planting isn’t necessarily a beginner’s technique. To get the most from it, you need to be fairly knowledgeable about crops. Specifically, you need to know things like growing requirements, root depth, harvest times, etc.

Here are some important considerations before trying companion planting.

As mentioned, interplanting is a useful way to save space. If you can fit several different crops in the same pot, why wouldn’t you? However, cramming something like potatoes and carrots into a 10-gallon pot and leaving it be won’t work.

First, you’ll want to provide around 1.5x as much space. For example, if your guide says to grow potatoes in a 5-gallon container, aim for at least 7.5 gallons if you want to add more crops to it. After all, they all need root space.

Second, don’t interplant crops that do the same thing. By this, we mean don’t put root vegetables together, as they’ll compete for soil space. Instead, try growing them with above-ground crops, such as lettuce.

Finally, not all companion plants need to be edible crops. Classic companion plants include nasturtiums, marigolds, sunflowers, and lavender. They help attract pollinators and repel nasty pests that would eat your crops.

Equally, not all companion plants need to live in the same soil. If you’re using crops to deter pests or attract pollinators, keeping them nearby will be enough. For example, if you’re using nasturtiums to draw away slugs on a balcony, growing it in a railing planter near your crops will work fine.

This isn’t too difficult to work out. Look at what the companions do for each other. If the answer is fixing soil or providing shade, you’ll want them in the same pot/soil. But if it’s attracting pollinators, a separate pot does the job.

Not all companion plants need to be harvested at the same time, if you harvest them at all. However, think about what it takes to harvest each plant and what this could do to the growing environment.

For example, root vegetables need digging up, which disturbs the soil and any roots within. As such, you won’t want to combine them with crops like tomatoes, peppers, etc. that you remove from the plant without digging it up.

The best companion plants vary based on the type of crop you’re growing. For example, celery likes beans because they add more nitrogen to the soil, whereas strawberries benefit from plants that attract predators.

We’ve produced several guides on companion planting for balconies and small vegetable gardens. Rather than producing a table here, it’s easier to list these articles so you can get a feel for what works best:

Also, reading through the articles should highlight common crop enemies (such as fennel). It should also show you some of the best all-rounders, such as marigolds and nasturtium. Regardless of what crops you’re growing, these should be fine to use because they’re harmless.

Mistakes to Avoid When Companion Planting

There are a few common mistakes people make when companion planting. But with a bit of thought, they’re easy to avoid.

Plants from the same family (e.g., brassicas or tomatoes and peppers) will be susceptible to the same pests and diseases. As such, you’ll want to keep them far away from one another. This shouldn’t be an issue, as they don’t make good companion plants anyway.

On a balcony, it’ll be as simple as keeping the pots at opposite ends of the space. In a regular vegetable garden, keep them a few beds apart.

A lot of plants require the same things for growth, such as the same amounts of nutrients. Similarly, some are heavy feeders (such as corn) that they’ll affect other plants in the same soil.

Providing you’ve considered growing requirements, this shouldn’t be an issue. Try to avoid planting crops together that need the same things, such as root vegetables, or plants that use the same nutrients. For example, tomatoes and peppers both love nitrogen.

Just as we have companion plants, we also have plant enemies. We’ve listed the 2 most common issues above, but another is inhibiting growth.

Some plants emit chemicals that other crops hate. Alliums (garlic, onions, etc.) are a common issue, but one of the worst is fennel. It’s allelopathic, meaning it can prevent growth, cause plants to bolt, or even kill them.

The solution for these is to not grow them near other plants. If you really want fennel, keep it as far away from everything else. But it’s not super useful to grow in a small garden anyway. For alliums, just use the right companion plants – tomatoes, carrots, and potatoes, among others.

So there you have it, a basic guide on companion planting. It might require a bit of knowledge and garden planning, but once you get the system down it can have some great benefits for your vegetable garden, regardless of its size.

What to Plant on a Balcony in Fall? Here Are Some Ideas